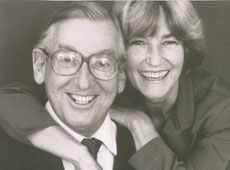 John Sainsbury has pursued a wide range of interests outside his main business career. He was:

He has been Visitor of the Ashmolean Museum since 2003, and Patron of Dulwich Picture Gallery since 2004. He is also involved with the conservation of Butrint in southern Albania, having joined Lord Rothschild in setting up the Butrint Foundation in 1993.

With his wife Anya Linden, he established the Linbury Trust as his charitable foundation over 30 years ago. The Trust now makes grants typically of between £5 million and £6 million per annum, supporting a broad range of causes including the arts; education; environment and heritage; medical; social welfare; developing countries and humanitarian aid. Although Lord Sainsbury is particularly associated with supporting the arts, some 60 per cent of the value of the grants made by the Linbury Trust over the last ten years has been to other causes.

Lord Sainsbury, with his brothers Simon and Timothy, funded the National Gallery’s Sainsbury Wing, which opened in 1991. More recently, through the Linbury Trust, he has funded the Linbury Studio Theatre at the Royal Opera House, the Linbury Galleries at Tate Britain, and the temporary exhibition space at the Museum of London. The Linbury Trust was the largest private donor to the recent redevelopment of the Ashmolean Museum, Oxford.

Lord Sainsbury’s wife, Anya Linden, has for many years been closely associated with the Royal Ballet School and the Rambert School of Ballet and Contemporary Dance. In 1987 she founded the Linbury Prize for Stage Design to identify and encourage talented newcomers to the field of theatre design.